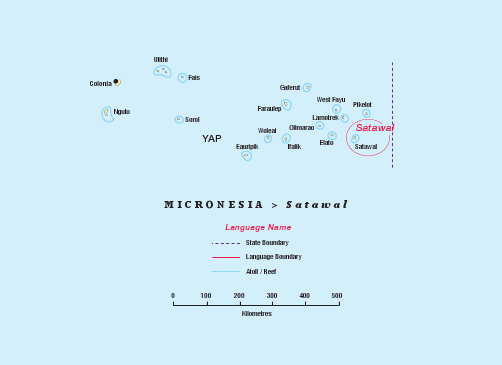 Satawal (pop. 800) is a Micronesian language, part of the Carolinian language continuum, under influence of neighboring languages both east and west but nonetheless strong. The Satawalese are famous for their exceptional navigation skills. Local customs, as on all the outlying islands in Yap and Chuuk states, are still very strong.

Bible Translation into the Satawal language

In August 2010 translation advisor Cameron Fruit was approached by representatives of the Satawalese community on Yap where he was working with the Woleai translation team. They said they find the Chuukese Bible hard to understand and would like to translate the Bible into their own language. A beginning was made of adapting the Saipan Carolinian translation into Satawalese, using the computer program AdaptIt. This process has speeded up the process of making the initial draft, and ensures that the various translations produced in the Carolinian languages will be of a similar style.
At the end of 2016 the first draft of the Satawal New Testament was completed. The team on Yap then continued with revisions. In 2019, a small trial edition of the New Testament was printed and distributed to get feedback from the community. Translation consultant Paulus Kieviet started to work with the team on a consultant check of the New Testament, a process that will take a number of years. 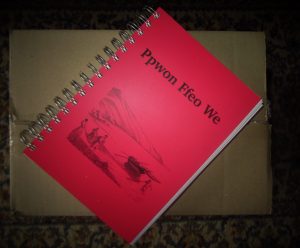 The Satawalese New Testament is finished in first draft. A trial version has been printed, so people can read the translation and give feedback to the translators.