The end of the road is in sight!

(December 2012) After years of translating, checking, reviewing and more reviewing and more checking, the end of the Kapingamarangi Bible has now come in sight! Yes, the Kapingamarangi Bible, both the Old and New Testaments, are getting close to completion. After a one week workshop in Pohnpei in early December the final hardcopies to be reviewed were handed out. Only 8% of the Bible is still being reviewed by individual reviewers, and most of those books have already been completed, but are stuck on Kapingamarangi until the next ship can bring them back to to Pohnpei. In the meantime Nico Daams is doing the final consultant check based on the comments made by these reviewers.
One exciting development of this short workshop was to see the continuing commitment of a core group of the translation team meeting day after day; they have now decided that in the New Year they will start reviewing for the last time all the books that have already been consultant checked by Nico. They have previously completely reviewd the New Testament in this way, so they know how to go about this exacting task. Nico left them with a small data projector, so they can do this more easily as a group. The chairman of the translation committee, Caleb Gamule, was trained in the Compare Texts feature of Paratext; this will help him to see at a glance the comments Nico has made, while Nico will see the comments the committee has made. Both Nico and Caleb will then be able to adjust their versions accordingly, until all the differences have been resolved.
The Kapingamarangi translation project started in 1996, with the New Testament published in 2000 and the Shorter Old Testament in 2004. It is our hope and prayer that by the end of 2013 the people of Kapingamarangi will finally have the complete Bible in their hands. 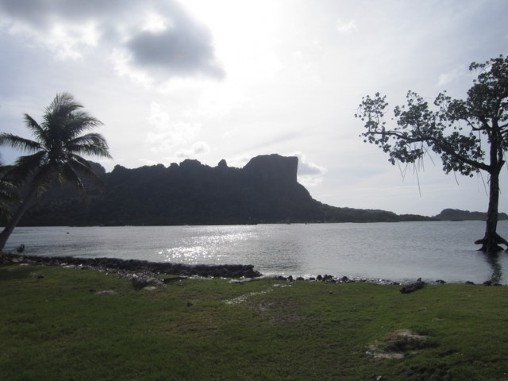 Read more about this project: Kapingamarangi