Nukuoro Bible off to the printer!

(23 August 2022) Last week, after many years of hard work, the complete Bible in the Nukuoro language, was sent off to the printer. Betty Amon and a team of people around her have worked for several decades to make this happen. This is a huge milestone in a story that has been going on for over a century now. Already in 1921, missionaries published the Gospel of Mark in Nukuoro, as this booklet testifies: 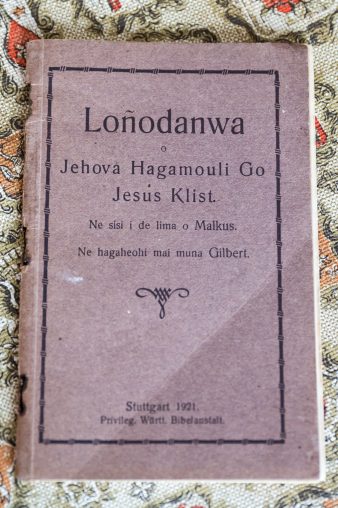 Nukuoro gospel of Mark. Published in 1921.

In 1953, a group of Nukuoro people (among whom Betty’s mother) started to translate the New Testament, and later on, portions from the Old Testament as well. In 1987 the New Testament was published and a few years later, the team continued to work on the Old Testament, but also to revise the New Testament. By then, Betty had been asked to lead the work; she had spent a number of years at a Bible school in Canada and she had stayed in Israel to learn Hebrew. When she had to move to Guam to take care of her (adoptive) mother, it was impossible to continue the work on remote Nukuoro atoll, so a new team was formed on Pohnpei, the main island of the region, which has good connections to Guam. Between Pohnpei and Guam, the work continued for the next decades. (Betty’s story is told in more detail on this webpage.) 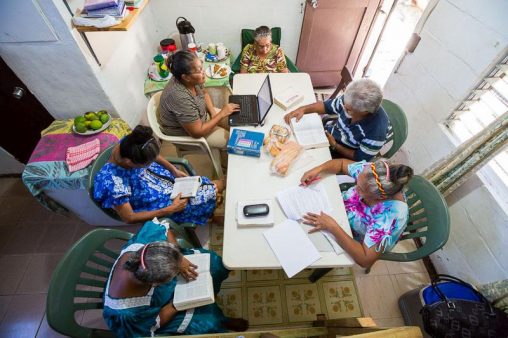 From 2011 onwards, I got involved as consultant for the project. With Betty, I went through the whole Bible twice, while other team members kept checking and rechecking the texts as well. The final steps were taken last month, when Betty went through the print proofs for the last time – even then she found a few hundred places where the text could be improved. After these last corrections and a final proof check, the text was ready to be sent to the printer in Japan. 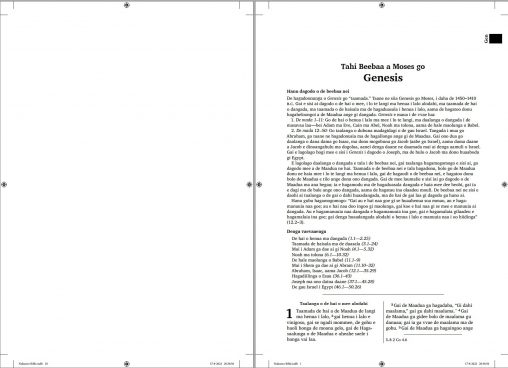 We hope that the Nukuoro Bible can be launched and presented to the Nukuoro people some time next year. At the same time as the written Bible, the translation will be made available in a cellphone app.

When I met Betty and a number of other Nukuoro people last month, she told about her vision, the dream that has kept her going all these years. In the past, the Nukuoro people used to play a game on the beach. A large group of people would form a circle, called a siibotae. People from the outside would try to break into the circle and catch those inside, but the circle of people would work together to prevent that and keep each other safe. Betty’s desire is that there will be a large siibotae of Nukuoro people who will be God’s people, who will be safe from the attacks of Satan, and who will live with Him forever.

Read more about this project: Nukuoro