The isles are waiting… and for Niuafo’ou, the wait is almost over

(July 2021, by Paulus Kieviet) This year, the Niuafo’ou translation team is making a big effort to complete the New Testament. Most of the translation has been checked by team leader Sitiveni Tu’ilautala and me as the team’s consultant. Sitiveni and I have only met twice in person: briefly in 2010 before we even started to work together, and again in 2017 during a group conference. (When I visited Tonga in 2010, Sitiveni was staying overseas.) But we’ve met online numerous times – and we’ve worked together for years now.

Doing the consultant check is not Sitiveni’s only role in the project at this moment. He has also gone around Tongatapu (the central island of Tonga, where he lives) and nearby ‘Eua to visit elderly people and read the translation with them. This gives him useful feedback from them, while it also encourages these people: the translation of the Bible in their own language is on its way, and they can already read from it. Below are some of their testimonies. 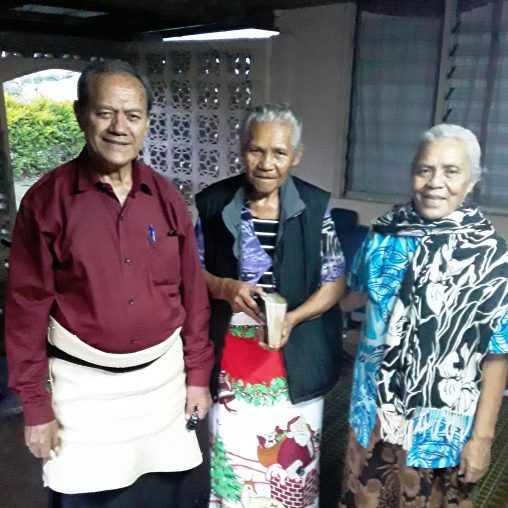 Mrs. Siale Sanau (in the middle), in her mid-80s, is from Mu’a village on ‘Eua Island. She says: “I’m eagerly waiting for my Niuafo’ou New Testament, where I can read God’s Word in my own language! Although I am used to the Tongan Moulton Bible, it will be more meaningful when I finally read it in my own language!” 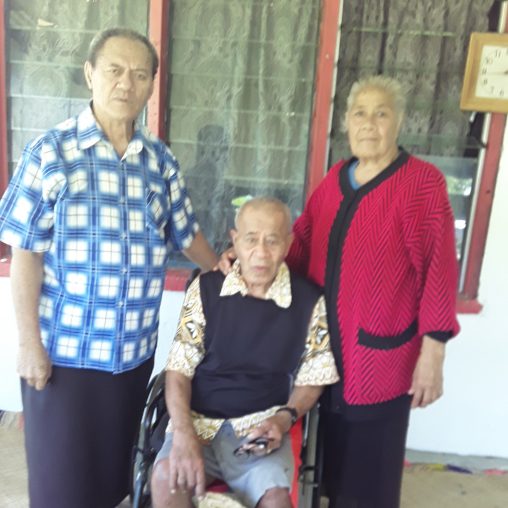 Mr Sivihiva Filiai and his wife Uikelotu Filiai, both in their early 80’s, live in Tongamama’o village, ‘Eua Island. Mr Sivihiva says, “I am so happy to know that soon our people can read the Bible in our own language. Our Niuafo’ou language can now be preserved and our young generation can now learn the language from the Bible itself!” 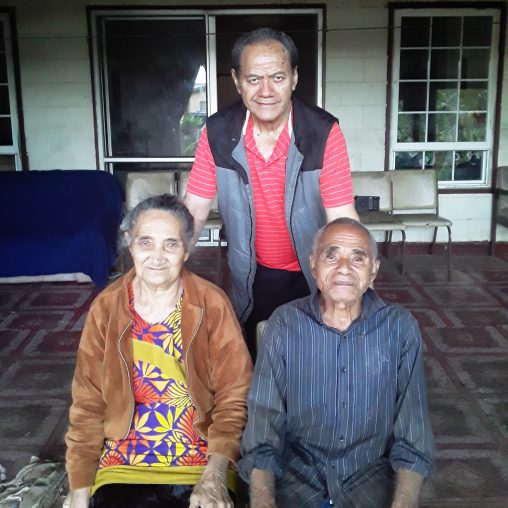 Mr ‘Ahovalu Likiafu and his wife Li’ekina Likiafu are in their early 80’s and live in Petani Village, ‘Eua Island. ‘Ahovalu believes that our Niuafo’ou people will be happy to know that they have a Bible (New Testament) in our own language. This, he says, will lift up the social status of the Niuafo’ou people amongst other Tongans. Most important is that our people will read and study God’s Word in our own language. 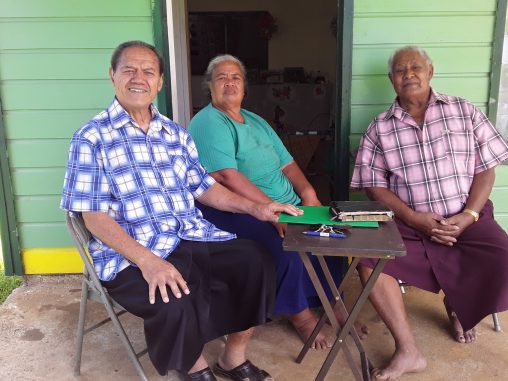 Read more about this project: Niuafo'ou