(by Tom Puaria – July 2021) Apart from participating in Church and School roles, Sharon and I have been appointed to various committees on Nukuria island including mediating disputes, youth rehabilitation, and advisor to the Community Government. One example worth mentioning is our involvement in settling what could have turned into the worst tragedy on the Island in 2018.

It all started off after a Touch Football match between the youth teams of Hauma island and Buhuria island, held on Buhuria. The fight erupted and spread to the village of Buhuria, involving the women and men in the village. The people in the village of the nearby island of Hauma heard of the fight and went in speedboats at night to Buhuria to join in the fight. The Village Peace Officers were helpless as the people turned on them destroying houses; it was all chaos as the fight went on throughout the night till morning.

It was about 5.30 am when a boat arrived at Hauma from Buhuria. We woke up to the noise of a group of crying women outside our house. They pleaded with Sharon and me to come over to Buhuria to stop the fight. The Hauma community gathered for an urgent prayer meeting before Sharon and I set off with the women for Buhuria. On our way over, I asked the women, “Why us?”, and they said the Chiefs requested our presence because of our neutrality, having no direct affiliation with any one Church grouping.

Arriving at Buhuria I summoned the Hauma youth leader, Manasseh, to gather all his boys and assemble at the Community Government Office. We managed to assemble the Buhuria group as well. By 10am everyone was assembled at the office, it was the biggest gathering ever held there. After addressing the crowd, I asked Sharon to lead the Church leaders in counseling their youth.

By 3pm, apologies were expressed on stage with tears and reconciliations were made. The Chiefs of both Buhuria and Hauma agreed to have a reconciliation feast the following Sunday which turned out to be a success. The Youth association slaughtered a huge pig to present to my family in appreciation for our intervention in brokering the peace. However, we offered it to the womenfolk who were the real peacemakers.

We praise God for using us in various ways for the good of the Nugurians. To Him be the glory!! 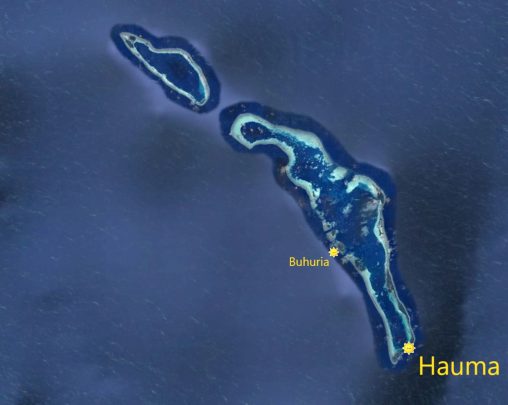 Read more about this project: Nukuria